The Town Council resolved that the award was not having the impact it had hoped and resolved not to continue with the Citizen of Honour Award Scheme.

The Bridlington Town Council has awarded seven Citizen of Honour awards to very deserving people of Bridlington since 2014.  The award for 2019 was presented to Mr Paul Lowe. 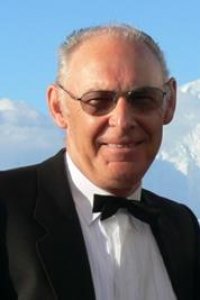 The Bridlington Town Council is happy to announce that Mr Paul Lowe is the very worthy recipient of the Citizen of Honour Award for 2019.

There were so many worthy candidates in the running for this years’ award that the Council found it very difficult to select just one winner.  Paul undertakes and promotes so much for music across the ages in the community and has done for many years. Paul is also the creator and driving force behind the East Coast Music Festival which is an event that continues to grow year on year.

The Citizen of Honour Award is a thank you from the Bridlington Town Council in recognition of all the things he has done and continues to do for others in Bridlington and the local area. 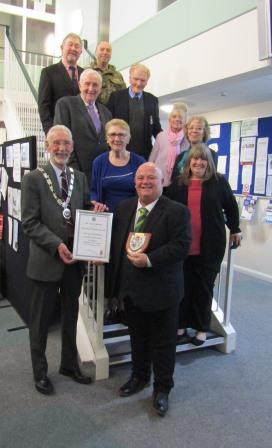 Mr Keith Murray is a local business man who makes a difference.

His business is a community Solicitors which he has always ensured helps people with not only their legal needs but by also undertaking charity work.

He continuously runs and supports events, sponsors projects and has literally raised thousands of pounds for local people and in the local area.

To sum up, Keith has done so many things to help others in so many ways and a Citizen of Honour Award to Keith Murray is a thank you from the Bridlington Town Council in recognition of all the things he has done and continues to do for others in Bridlington and the local area. 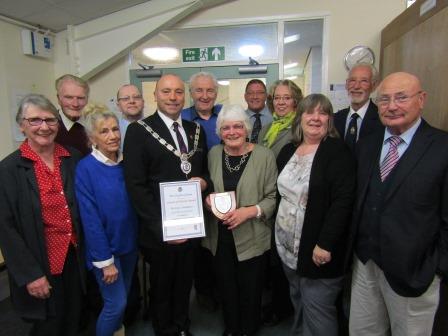 Picture: Mrs Pauline Gibson, the Mayor and Town Councillors at the presentation at the Town Council’s Full Council meeting in March.

Over the last thirty-nine years of the existence of Bridlington Rangers Junior Football Club Mrs Pauline Gibson has worked tirelessly in many roles and her commitment and dedication is commendable.

The Executive Managers of Bridlington Rangers nominated Mrs Gibson to ensure that she is officially recognised for her fantastic undertakings on behalf of the Club.

The Bridlington Town Council had many very worthy shortlisted candidates for the award this year but they are truly honoured to be able to bestow this award to Mrs Pauline Gibson. 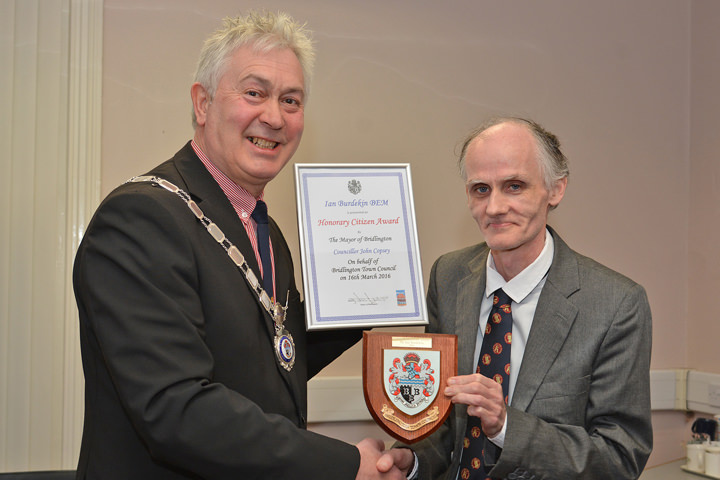 Mr Ian Burdekin has undertaken charity work in Bridlington since 1995 and has raised thousands of pounds over the years for so many people and organisations including Candlelighters, Children in Need, East Riding Sports Association, Bridlington Lions Club, RSPCA Local Branches, Bridlington PDSA and Mencap. The list of people who have benefitted from Mr Burdekins fundraising seems endless but the total of his fundraising exceeds £25,000.

When not busy undertaking sponsored swims Ian is fund raising with raffles, tombolas and donating hampers to the RSPCA and the food bank in Bridlington.

His hard work was acknowledged in 2013 when he was awarded a British Empire Medal for his fundraising at Buckingham Palace.

A Citizen of Honour Award to Ian Burdekin is a thank you from the Bridlington Town Council in recognition of all the things he has done and continues to do for others in Bridlington and the local area. 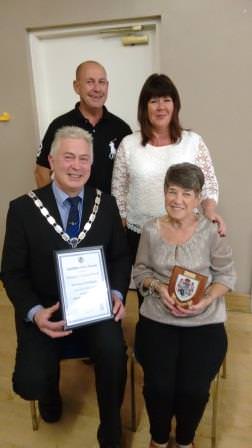 Kathleen Brown has recently stood down from being the chair of the Bridlington Kingfishers café. The café is a wonderful concept offering food, shelter, friendship and help to the homeless people in the area and when Kathleen took on the mantle of chair, the café was set up, but struggling financially and a rather had a low profile in the town. Now, with thanks to Kathleen’s endeavours, the café is on firm financial ground and is opening extra days of the week to provide hot meals to the homeless.

Kathleen has worked tirelessly to raise the profile of the Kingfisher café amongst the community as a whole and she has put the kingfisher café very much at the heart of the Bridlington community and put it into people’s hearts too. She has been at many local events over the last few years ensuring that the Kingfisher café is involved making links with other charities and offering assistance where it is required from cooking food to raise funds or simply lending a helping hand. Kathleen’s thoughtful input makes events more successful.

A Citizen of Honour award to Kathleen Brown is a thank you from the Town in recognition of all the things she does for others for free and the friendship she gives to the people of Bridlington is priceless and now recognised officially. 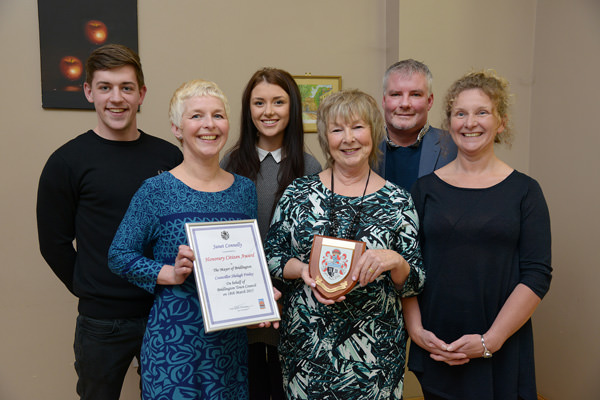 The working group unanimously chose Mrs Janet Connelly. The Councillors also felt that the work that the late Warwick Connelly did with the Christmas Day dip and how the family had continued his wonderful work to complete the 48th year was more than worthy of this award. The fact that the family will not organise the event ever again also made Mrs Janet Connelly the perfect choice for this year's award. The record breaking amount of money raised this year for local charities is remarkable and the Town Council would like take this opportunity to present Mrs Janet Connelly with the Honorary Citizen Award. 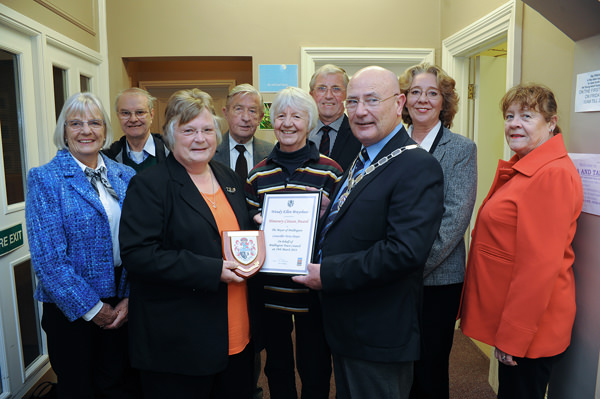 Bridlington Town Council's first Honorary Citizen award goes to Wendy Brayshaw, who was nominated for her services to music within the town of Bridlington. Wendy is an expert musician and a dedicated teacher who believes music can enhance the quality of life for everybody who has a desire to participate and learn; all are welcome. She lives by the principle of total inclusion. Her commitment knows no bounds and she rejoices in any achievement, however small. Wendy is an amazing asset to Bridlington and a very worthy winner of the first Honorary Citizen award.