The Members of the Climate Emergency Working Group are:-

At a working group meeting on 24th July 2019 the Councillors discussed the following:-

DO YOU HAVE LAND OR DO YOU KNOW OF ANY LAND WHERE WE COULD PLANT TREES?

There are funding schemes for public or community land and also for private land but first, we need to know where those spaces are.

Sharing of information – already being undertaken on the BTC social media when provided, i.e. vegan festival information, but the working group also considered that getting the youth of Bridlington involved would really help Bridlington.  The Bridlington Youth Festival would provide an ideal opportunity to undertake a survey to ask attendees “What concerns them” and to offer a selection if none are immediately provided that could include the following:

To work with partners including the East Riding of Yorkshire Council and community groups to identify practical measures to reduce its carbon footprint, identify hotspots and work toward being carbon neutral by the year 2030 and to officially write to the Minister of State for Climate Change and Industry requesting that the national policy is urgently developed to reflect the seriousness of the current emergency and to release funds to local authorities that would allow them to take the necessary measures at local level.

What is Global Warming and Climate Change?

At the BSCC Bridlington Gala & Youth Festival the Town Council had a stall and undertook a survey asking people what they considered their biggest fears with regards to Global Warming and Climate Change.  Here are the questions and the results of the survey:

On Thursday 17th October 2019, Bridlington Town Council joined thousands across the UK who are supporting the Charter for Trees, Woods and People.

With our help, we’re working to enshrine the 10 principles of the charter across our society. 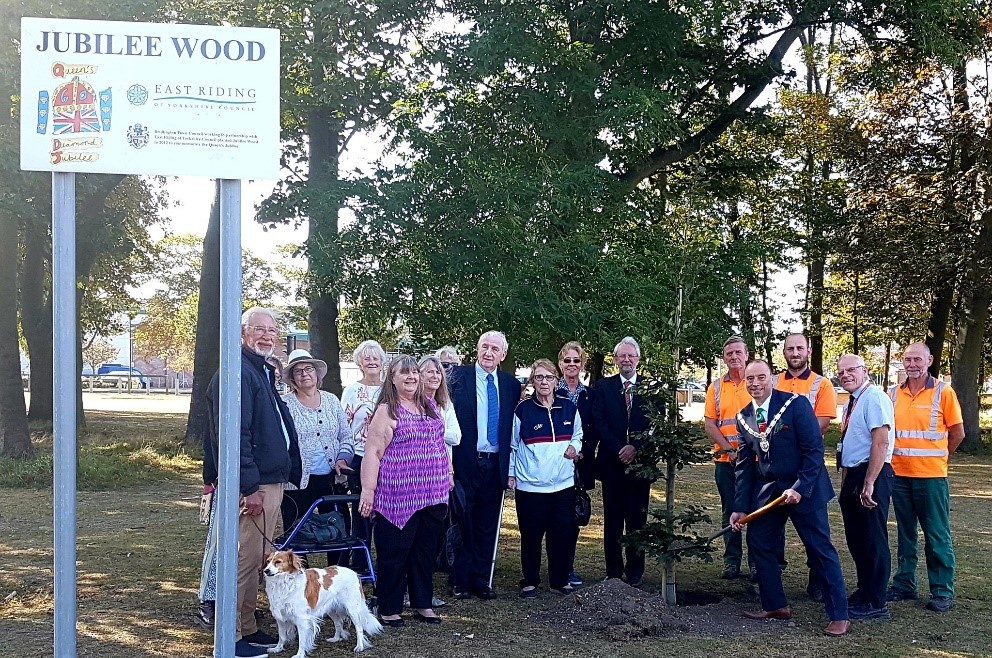 Photo is of the Mayor of Bridlington, Town Councillors, Planetwise and members of the public.

On Friday 20th September a Beech tree was planted to mark Climate Emergency Day in Jubilee Woods in Bridlington.  Together the Bridlington Town Council and the East Riding of Yorkshire planted the tree to show their support of planting for diversity and partnership working in the town.  This is only the beginning of many tree plants that will be undertaken in this location to support planting for diversity.

Photo shows: - The Mayor and Town Councillors, Mr Andy Harper from the East Riding of Yorkshire Council with willing early planters of Bridlington at the event