Each year, the newly elected Mayor chooses a Charity/Charities they wish to fundraise for throughout their Mayoral Year. 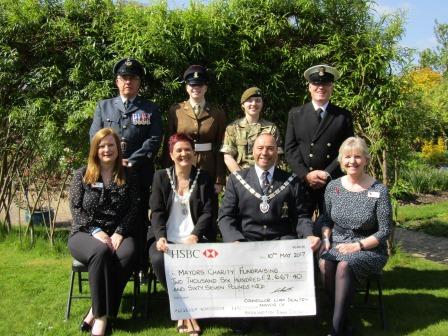 Pictured are the Mayor of Bridlington, Cllr Liam Dealtry along with Representatives from all four of his charities, where Cllr Dealtry managed to raise a whopping £666.85 each to make that a total of £2667.40 throughout his fantastic efforts of fundraising in his Mayoral Year.